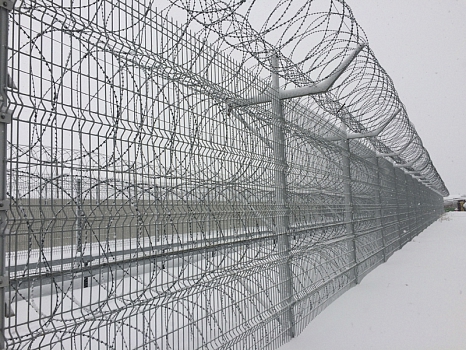 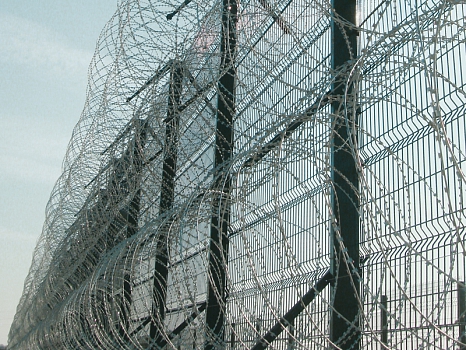 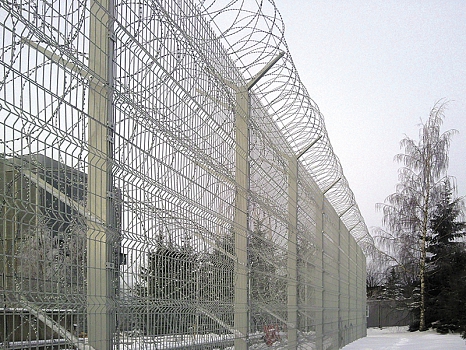 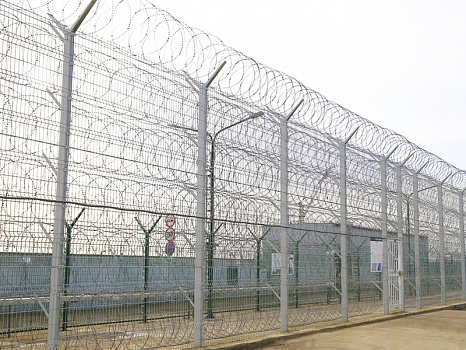 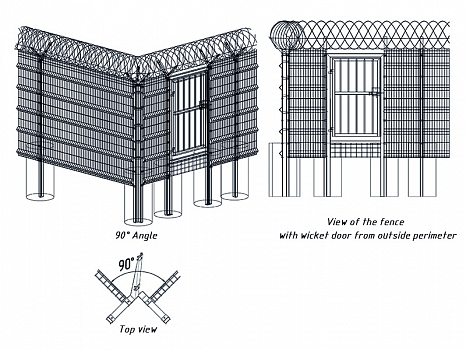 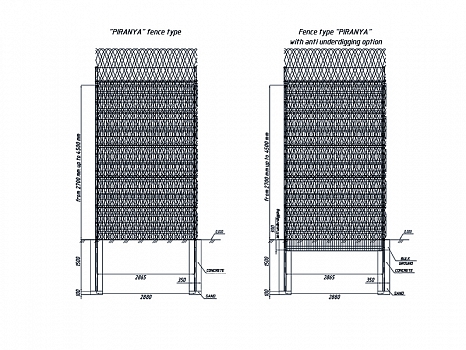 Fence "PIRANYA" is a basic barrier with an installed visor and a 3D spiral of reinforced barbed tape (RBT) of 960 mm in diameter as well as RBT rows along the entire top of the fence.

The time and complexity of penetrating the barrier increases due to RBT complete covering.

When ladder leans on the fence ,a visor transfers vibrations to the fence body providing operation of security systems. 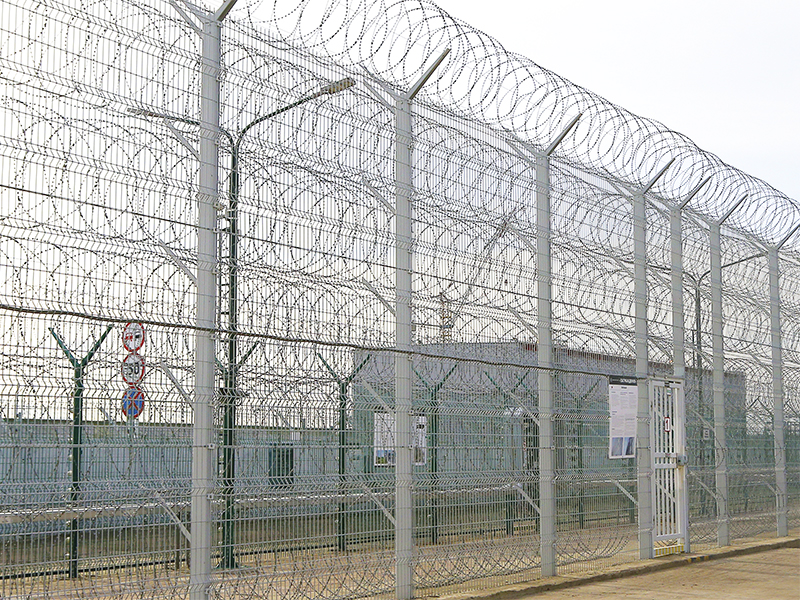 The basic configuration of the "PIRANIA M" fence has a V-shaped visor barrier with one RBT row, as well as RBT rows bars fixed on brackets, at 45 ° angle.
It is the most common modification of "PIRANYA" which provides simplicity and convenience of installation. 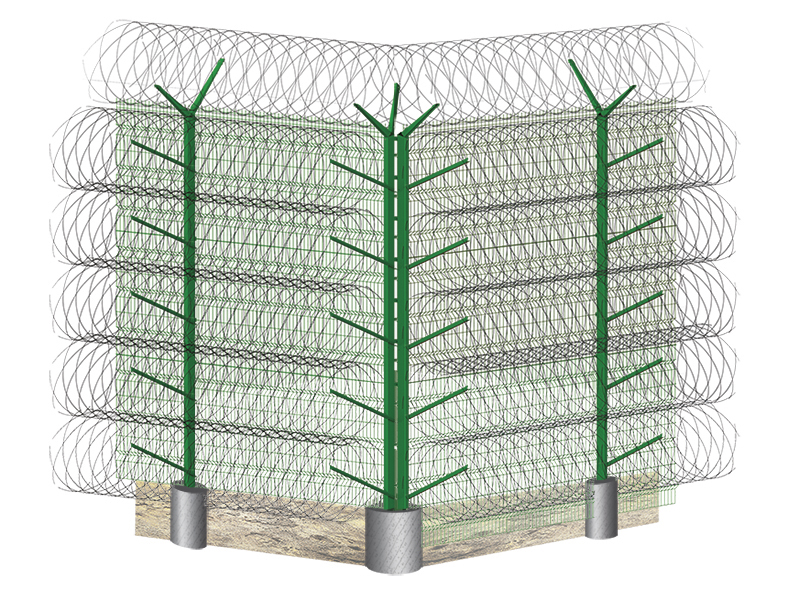 The configuration "PIRANYA MSh" differs from the previous modification by the presence of a visor safety barrier of double RBT and an S-shaped bracket, which makes it difficult to penetrate the boundary.
"PIRANYA MSh" is usually used on the second line of strategically important facilities where it is impossible to arrange a third line. 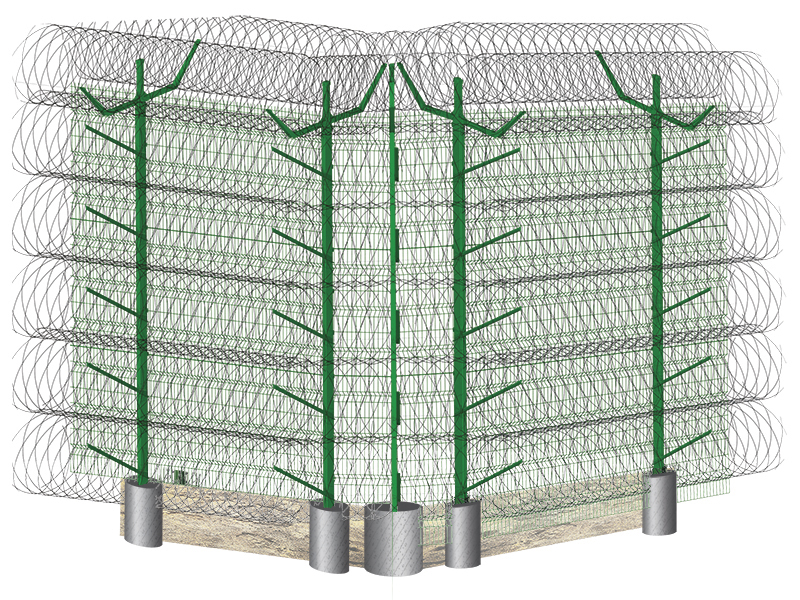 "PIRANIA T" fence features by a triangular visor of 3 RBT rows fixed in the form of an equilateral triangle with an upwardly directed apex. The brackets for fastening the RBT are tilted down at 45 ° Angle.

The difficulty of penetrating the barrier is increased due to the following factors: 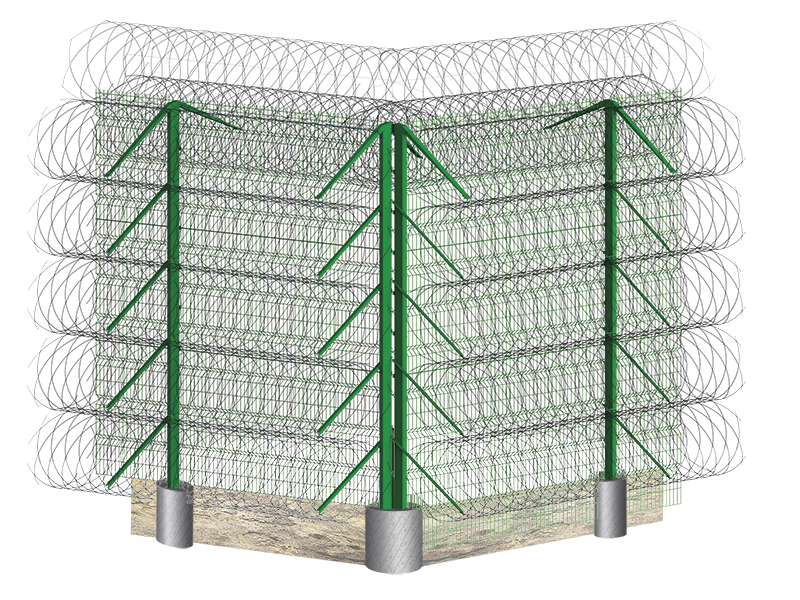