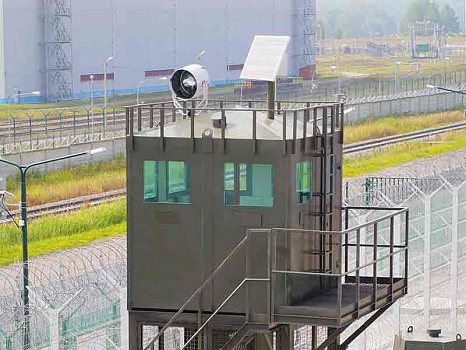 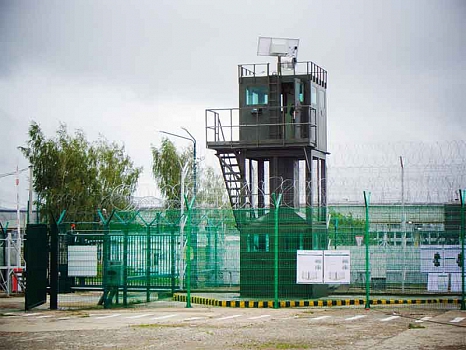 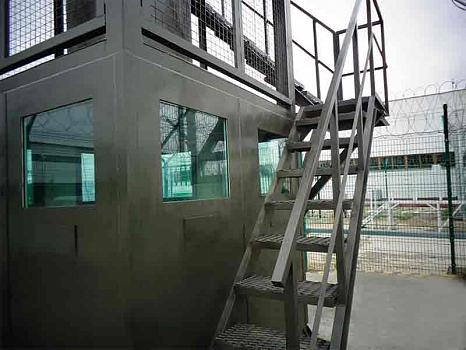 The tower is designed for permanent installation at checkpoints and protected perimeters of strategically important facilities to monitor the surrounding area and to detect potential enemy. 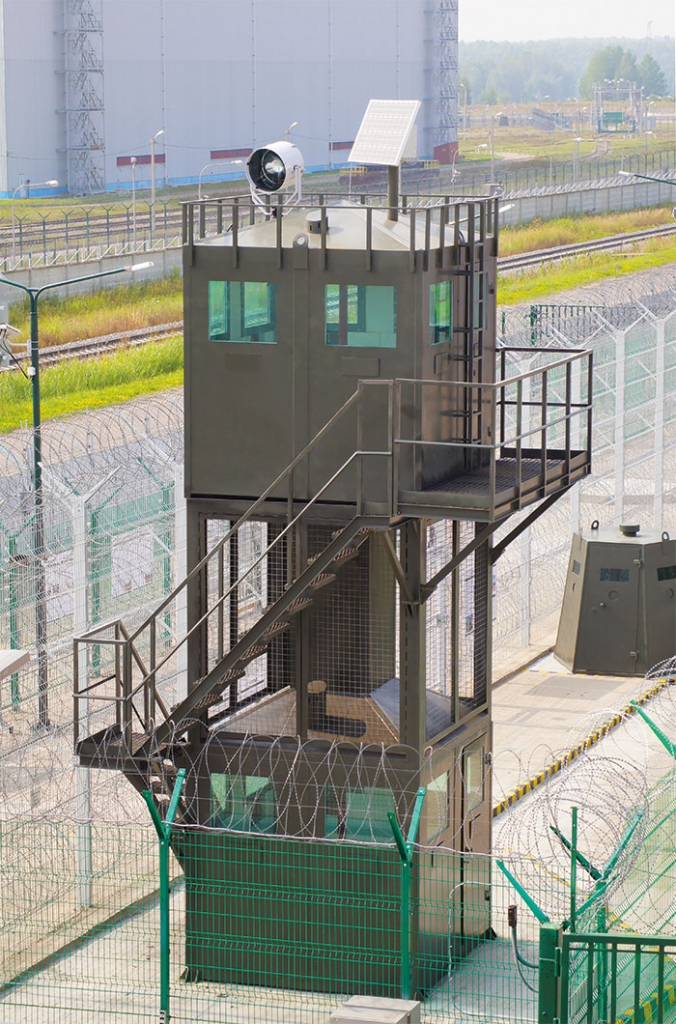 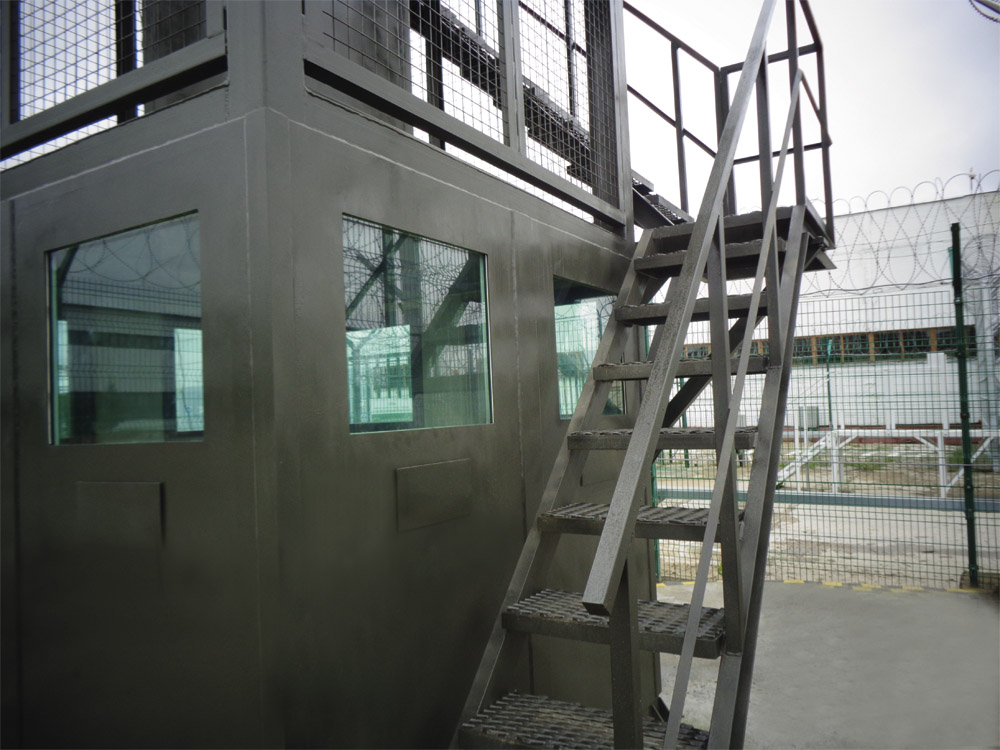 The tower structure is made in the form of a tetrahedron with a hipped roof, mounted on concrete foundations (concrete platform) by means of flanges with fastening anchors.

Security door opens outward and is equipped with a mechanical shot resistant mortise lock as well as the powered latch bolt to lock from the inside.

Bulletproof glass complies with the requirements of GOST R 51136-98 and confirmed by examination protocol №1115 / IC-03 and the certificate of conformity. 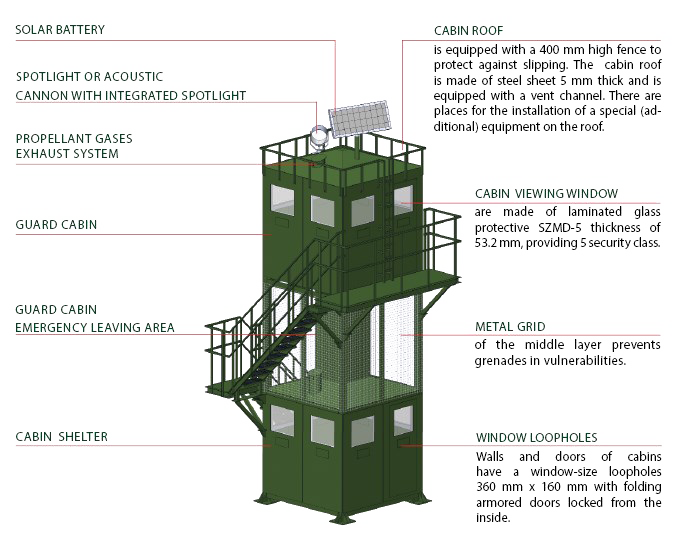 Acoustic cannon – a device of non-lethal effects on the offender with directional sound stream.

Directional sound stream forces the offender immediately to cease attempts to penetrate the protected area. Located within the established acoustic cannon “stream” an offender is not able to determine the direction of sound – he feels that the sound is born in his head, that causes panic and disorientation in space.

“ARKONA” is the only Russian armored tower equipped with an acoustic cannon. 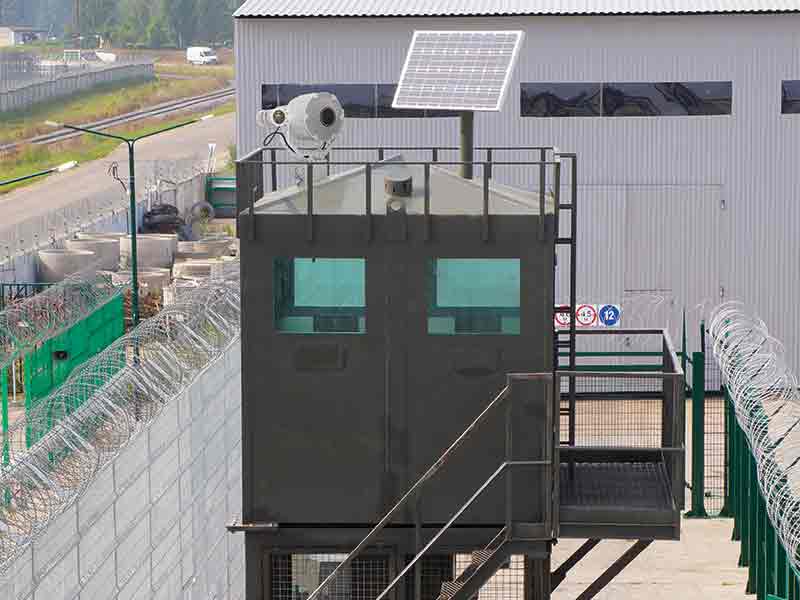 Autonomous power plant on the basis of solar cells is designed to provide armored tower equipment with power in case the main power source failure.

The use of autonomous power as the main power source is possible in areas with a predominance of sunny weather. 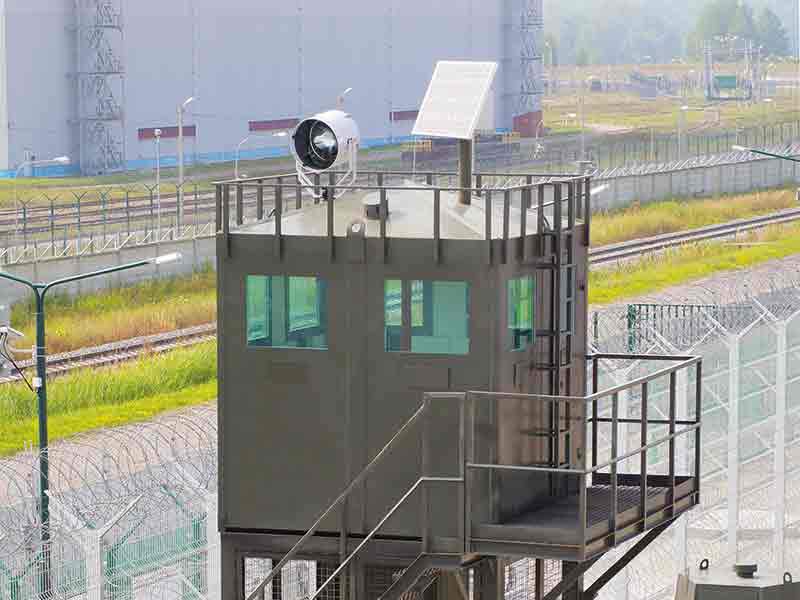